This Dark Road to Mercy by Wiley Cash 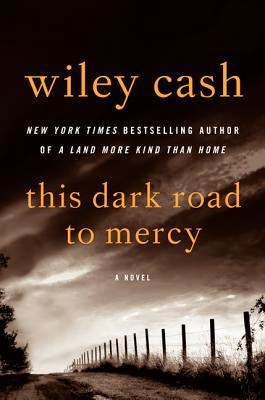 This Dark Road to Mercy by Wiley Cash


Book Summary:  The critically-acclaimed author of the New York Times bestseller A Land More Kind Than Home returns with a resonant novel of love and atonement, blood and vengeance, involving two young sisters, a wayward father, and an enemy determined to see him pay for his sins.


When their mother dies unexpectedly, twelve-year-old Easter and her six-year-old sister Ruby are shuffled into the foster care system in Gastonia, North Carolina, a town not far from the Appalachian mountains. But just as they settle into their new life, their errant father, Wade, an ex-minor league baseball player whom they haven't seen in years, suddenly appears and wants to spend more time with them. Unfortunately, Wade has signed away legal rights to his daughters, and the only way he can get Easter and Ruby back is to steal them away in the middle of the night.


Brady Weller, the girls' court-appointed guardian, begins looking for Wade, and he quickly turns up unsettling information linking Wade to a recent armored car heist, one with a whopping $14.5 million missing. But Brady Weller isn't the only one hunting the desperate father. Robert Pruitt, a shady and mercurial man nursing a years-old vendetta, is also determined to find Wade and claim his due.


My Thoughts:  Wiley Cash’s debut, A Land More Kind than Home was an extraordinary book.  It was dark and violent but beautifully written, filled with mysterious, scintillating characters and, ultimately, it was uplifting.  It’s not uncommon for an author’s second book to pale, at least somewhat, in comparison with a phenomenal debut.  Wiley Cash is too gifted a writer for this to happen.  His second book is different from the first and not at all disappointing.   I thought This Dark Road to Mercy was a fantastic book.


This Dark Road to Mercy  is dark but not as dark as A Land More Kind Than Home.  The two books share some similar themes and a few other common elements but they are two very different books. This book is set during the summer of 1998 when the baseball players, Sammy Sosa, from the Chicago Cubs, and Mark McGwire, from the St. Louis Cardinals, were competing to break New York Yankee, Roger Maris’, 1961 home-run record.  This setting added some fun to the book and lightened the story up in parts. It also added to the story-line's tension, helping to bring it all to a head towards the end of the book.   If you’re not a fan of baseball, don’t worry, the book isn’t baseball-intensive.  Cash connects the baseball theme through several characters, including 12-year old Easter Quilby, who is rooting for Sammy Sosa.  Easter is one of the main characters in this book.  She’s amazing and a major reason I recommended reading this book. Baseball and the home-run competition is one of the few things that excites and puts a smile on Easter’s face throughout much of the story.  Easter is one of three people who tell this story.  The others are Brady Weller, Easter and Ruby’s court-appointed guardian and Robert Pruitt, the bad guy.  Easter describes Robert Pruitt to her father, Wade.  It’s a child’s description but boy is it creepy-scary!


Easter is more mature than most kids her age and very responsible.  She’s kept an eye on and cared for her younger sister, 7-year old Ruby, even before their mom died. When Easter and Ruby are put in foster care, Easter becomes especially watchful over Ruby.  Easter is also wise, funny, suspicious of others and cautious around people.  She’s observant and careful.  But she’s also a 12-year old girl who likes a boy in her school, Marcus, wishes she had dark brown hair and misses her mother.   When her long-estranged father, Wade, shows up at the foster home in North Carolina, Easter isn’t happy to see him.  She doesn’t trust him, with good reason, and part of her doesn’t want to see him.  She tries to push him away and get him to leave. But there’s a part of Easter that also wants a father and his love.


Easter and Wade’s relationship changes and grows over the course of the story. Easter learns more about Wade when he takes Easter and Ruby out of the foster care home, possibly for good. As Easter begins to know Wade better and realizes he loves her and wants to be her father, Easter begins to warm up to him.  I really enjoyed ‘watching’ Easter’s relationship with Wade improve.  We get a couple of opportunities to see Easter as the 12-year old little girl she would be if she had a father around.  She smiles easier and faster, giggles and laughs.  She breathes easier because she doesn’t have to be mature and responsible all of the time. Easter also understands, better than many adults would understand this, that a relationship with Wade, even as her father, means accepting him as he is.  Easter knows Wade is her father whether she wants him to be or not. Now she knows, after a few days with him, that he wants to be her father.  Easter allows herself to begin feeling love for Wade.  She realizes that it’s best for Ruby if Easter gets along with Wade and treats him as her father.  Easter’s only twelve but she understands if her relationship with Wade is going to work, Easter’s going to have to help it work.  Easter’s not only smarter than her father, but more ‘worldly’ than Wade.  Towards the end of the novel, we learn from Easter’s behavior, she’s made a decision about Wade.


Wade, for all his faults and flaws, and he has a lot of them, loves Easter and Ruby. He wants to be and behave as their father and he wants to treat them like his daughters.  The problem with Wade is he makes many bad decisions and has a lot of bad habits.  He is unable to see how his actions might have some troubling future consequences. He’s in no position, right now, for instance, to rent or buy a place to live with Easter and Ruby because of something stupid he’s done.
There’s a second plot-line in this book that I didn’t discuss.  It’s dark, ugly and violent. Easter, Ruby and Wade are all in danger and Easter and Wade have been threatened.  This is also due to a bad call on Wayne’s part.  Easter knows Wade’s in trouble.  But together, Easter and Wade have made sure Ruby has no idea anything’s amiss.  This other aspect of the story is fascinating and explains more about Wade. Cash does a remarkable job bringing the two parts of the story together close to the end of the book.  Tension has been growing and the atmosphere is ripe for an ‘explosion’.  You don’t want to miss it!  This book is short, just 240 pages.  And that’s my only complaint.  Still, I highly recommend, This Dark Road to Mercy. It’s worth reading.
Posted by Unknown at 12:12 PM