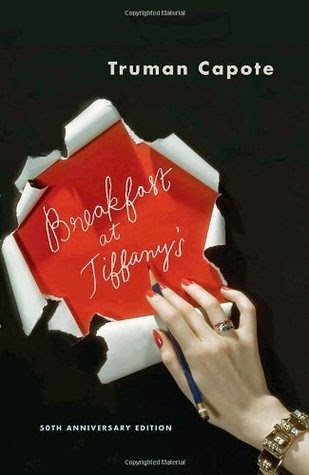 Review: The Free by Willy Vlautin 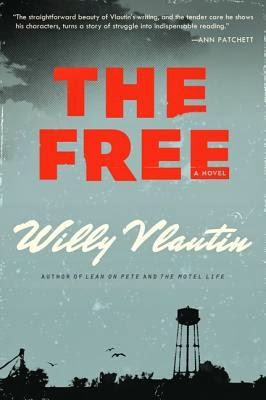 The Free by Willy Vlautin

Book Summary:  Award-winning author Willy Vlautin demonstrates his extraordinary talent for confronting issues facing modern America, illuminated through the lives of three memorable characters who are looking for a way out of their financial, familial, and existential crises, in his heartbreaking and hopeful fourth novel
Leroy Kervin is a 31 year old Iraqi War veteran living with a traumatic brain injury. Unable to dress or feed himself, or cope with his emotions, he has spent the last seven years in a group home. There he spends his days watching old sci-fi movies until he awakens one night with a clear mind and memories of his girlfriend. Realizing what his life has been he decides it would be better to die than to go on living this way. A failed suicide attempt leaves Leroy hospitalized where he retreats further into his mind in order to make sense of his existence.

Freddie McCall is a middle aged father working two jobs. He's lost his wife and kids, and is close to losing his house. He's buried in debt, unable to pay the medical bills from his daughter's childhood illness. As Freddie's situation becomes more desperate he undertakes a risky endeavor he hopes will solve his problems but could possibly end in disaster. Just as Freddie is about to lose it all, he is faced with the possibility of getting his kids back.

Pauline Hawkins takes care of everyone else around her. She cares for her mentally ill father out of a deep sense of obligation. As a nurse at the local hospital, she treats her patients and their families with a familiar warmth and tenderness. When Pauline becomes attached to a young runaway, she learns the difficult lesson that you can't help someone who doesn't help themselves.

The lives of these three characters intersect as they look for meaning in desperate times. Willy Vlautin covers themes ranging from health care to the economic downturn and housing crisis, to the toll war takes on veterans and their families. The Free is an extraordinary portrait of contemporary America and a testament to the resiliency of the human heart.

My Thoughts:  The Free is the first book I have read by by Willy Vlautin. I have  never heard of him before now. But I’m happy to know there are three more books available for me to read because I enjoyed The Free so much.  Vlautin’s writing style is simple and straightforward but compelling. He doesn’t use a lot of metaphors or flowery language to convey what he’s trying to say.  He simply says it.  His characters are similar.  What you see is what you get.  They’re genuine, nice people struggling with issues that plague many Americans. They refuse to let their troubles, as bad as they are, defeat them. They’re strong and resilient and, despite how bad it gets, they’re hopeful.  They continue to do what they can to make things work out in the hopes of improving their lives.

Freddie, like so many Americans, is a single parent concerned about caring for his daughters.  They live with his ex-wife but Freddie pays they’re bills.  One daughter is disabled and her medical bills are staggering.  Freddie worries about paying past medical debts as well as finding the money for future bills and health insurance. Freddie worries constantly that his house, which has been in his family for generations, will be taken from him. But he doesn’t know what more he can do. He already works two jobs, day and night.  What little sleep he gets is disturbed by his constant worries.

Pauline has a good job working as a nurse.  In her free time, she cares for her mentally ill father.  But she’s a sad and lonely woman.  She isn’t looking for a relationship, though.  She does not completely trust men.  She was in a relationship once and he became more and more controlling as time passed.  Pauline doesn’t want to repeat that experience.  She would prefer to find a friend or companion, male or female, to spend time with and whose company she could enjoy.

Leroy, who signed up with the National Guard, was severely injured and brain damaged in Iraq.  He returned to the USA and moved into a group home. He suffers from chronic pain that the doctors don’t seem able to take care of for him.  In a moment of lucidity, Leroy remembers that sci-fi books he used to read obsessively.  He delves deep into his brain, creating a sci-fi story starring himself and his girlfriend, Jeanette.  In this way, Leroy can separate himself from the society that’s caused him so much pain and become a whole person again and maybe more.

Freddie, Pauline and Leroy are good people struggling to lift themselves out of situations of despair and to wrest some luck out of life. Their stories are heart-breaking but filled with hope. What I find so remarkable about them is their unwillingness to give up.  They are hopeful and willing to laugh and see the good in their days despite having to struggle so much.  That’s what makes this book so worth reading.  These characters soldier on.  Life might be tough but it’s still worthwhile.
Posted by Unknown at 11:53 AM 11 comments!

First Chapter First Paragraph Tuesday Intros is a weekly meme hosted by Diane at Bibliophile by the Sea every Tuesday.  Participants share the opening paragraph or two of a book they decided to read based on that paragraph. I read a book by this author a few years ago, shortly after I began my book blog.  I loved the writing and the characters were so compelling and interesting.  I’ve wanted to read more of this author’s work ever since.  So, when I was offered the chance to review one of her books, I was happy to do so especially after reading the storyline. 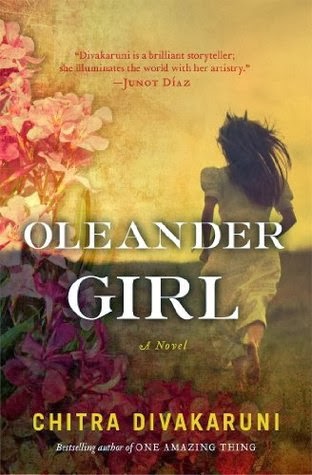 I’m swimming through a long, underwater cavern flecked with blue light, the cavern of love, with Rajat close behind me. We’re in a race, and so far I’m winning because this is my dream. Sometimes when I’m dreaming, I don’t know it, but tonight I do. Sometimes when I’m awake, I wonder if I’m dreaming. That, however, is another story.

I smile and feel my mouth filling with cool, silver bubbles. Rajat’s fingers brush the backs of my knees. Even in my dream I know that if I slow down just a bit, he’ll grab my waist and pull me to him for a mischievous kiss. Imagining that kiss sends a shudder of pleasure through me. But I don’t want it yet. The chase is too much fun. I surge away with a splashy kick. Hey! he calls out in spluttering protest, and I grin wider. Competitive, he slices through the water with his fierce butterfly stroke and lunges for my ankle. I wait for his strong, electric grip to send a current through my veins. My mouth floods with anticipation of our kiss.

Then out of nowhere a wave breaks over me. Salt and sand are on my tongue. I try to spit them out, but they fill my mouth, choking me. Where’s Rajat when I need his help? Gasping, I thrash about and wake in my bed, tangled in my bed sheets.

What do you think?  Would you keep reading?
Posted by Unknown at 8:20 AM 16 comments!