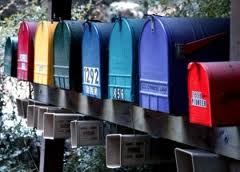 Welcome to Mailbox Monday, a weekly meme originally created and hosted by Marcia of A girl and her books and hosted this month by Marie at Burton Book Review. Below are the titles I received for review, purchased, or otherwise obtained over the course of the past week. 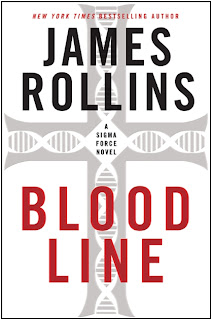 Bloodline by James Rollins (unsolicited from William Morrow Publishers)
Bloodline, a breathtaking Sigma Force thriller from the phenomenal James Rollins, is further proof that, when it comes to explosive adventure and nail-biting suspense, this New York Times bestselling author is one of the very best in the business! Bloodline is a lightning-paced, unputdownable international thriller chock-full of the trademark elements that have propelled Rollins to the top of virtually every national bestseller list: cutting-edge science ingeniously blending with history and nonstop action. A relentlessly exciting tale that races across the globe, Bloodline ensnares popular series hero Commander Gray Pierce in a deadly conspiracy involving Somali pirates, the kidnapped daughter of the U.S. Vice President, and a dark secret hiding in the human genetic code. This is mystery, suspense, surprise, and ingeniously inventive storytelling as only James Rollins can do it. 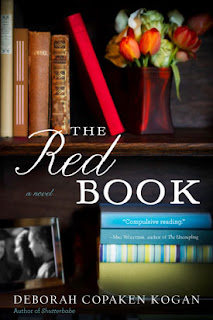 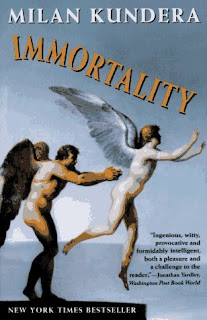 Immortality by Milan Kunderas (flea market purchase)
Milan Kundera's sixth novel springs from a casual gesture of a woman to her swimming instructor, a gesture that creates a character in the mind of a writer named Kundera. Like Flaubert's Emma or Tolstoy's Anna, Kundera's Agnes becomes an object of fascination, of indefinable longing. From that character springs a novel, a gesture of the imagination that both embodies and articulates Milan Kundera's supreme mastery of the novel and its purpose; to explore thoroughly the great, themes of existence. 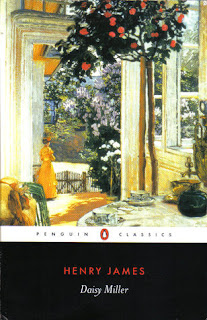 Daisy Miller by Henry James (flea market purchase)
Travelling in Europe with her family, Daisy Miller, an exquistely beautiful young American woman, presents her fellow-countryman Winterbourne with a dilemma he cannot resolve. Is she deliberately flouting social conventions in the way she talks and acts, or is she simply ignorant of them? When she strikes up an intimate friendship with an urbane young Italian, her flat refusal to observe the codes of respectable behavior leaves her perilously exposed. In Daisy Miller James created his first great portrait of an enigmatic and independent American woman, a figure who would come to dominate his later masterpieces. 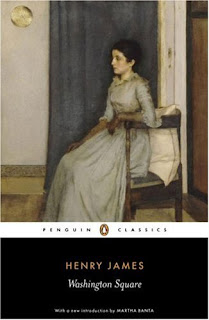 Washington Square by Henry James (flea market purchase)
Catherine Sloper lives in Washington Square with her widowed father, a wealthy physician. She is plain, shy, and lacks social graces and conversation. Dr. Sloper cannot conceal his disappointment that she has nothing of her dead mother's beauty and wit. So when the handsome but penniless Morris Townsend begins to court Catherine, Dr. Sloper suspects him of being a fortune-hunter. While Catherine's romantic hopes are encouraged and abetted by her aunt, Lavinia Penniman, her father threatens to disinherit her if she marries Morris. Ultimately, however, it is up to Catherine to find out Morris's true intentions.
Posted by Unknown at 9:49 AM